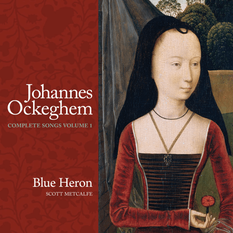 Blue Heron
Johannes Ockeghem: Complete songs vol.1
Solo track: 9
The first complete recording of Ockeghem’s songs since the early 1980s will be released in two volumes. This first disc also includes works of Barbingant and an anonymous work recently rediscovered in the Leuven Chansonnier. The second disc will be released in circa 2022.
More information here
Listen to the full album here
​ 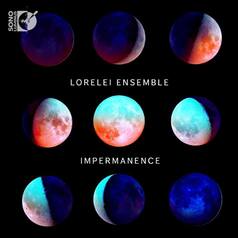 Lorelei Ensemble
Impermanence
with Sono Luminus
Solo track: 5
Migration of peoples across borders has shaped the human experience for millennia. Whether physical or metaphysical, humanity survives by way of continuous movement—our culture, beliefs, and histories are marked by impermanence. This album is an exploration of that concept—traveling between early and contemporary repertoires, based in texts, melodies, and timelines that refuse to be conveniently pinned down by norms.
​Order your copy here. 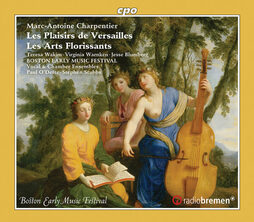 ​Boston Early Music Festival presents
Charpentier’s Les Plaisirs de Versailles & Les Arts Florissants
2020 GRAMMY nominee for Best Opera Recording!
The GRAMMY-winning BEMF Chamber Opera Series returns to the music of Marc-Antoine Charpentier with an all-new disc featuring two chamber operas by the French Baroque master. Les Plaisirs de Versailles—first presented by BEMF in November 2016—depicts a rousing and satirical argument among personifications of the many delight’s found in Louis XIV’s great palace. Les Arts Florissants also exalts the Sun King, showing the forces of Art and Peace triumphant over the agents of war and discord, thanks to peaceful leadership of Louis XIV.
This CD will be released in conjunction with the June 2019 encore performances of
​VERSAILLES: Portrait of a Royal Domain at the 2019 Festival Festival.
More information here 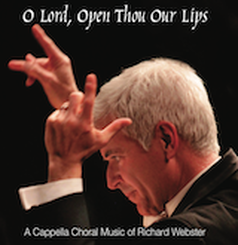 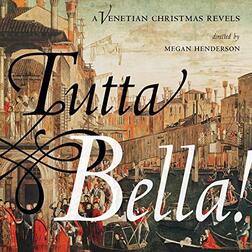 Revels Presents
Tutta Bella! A Venitian Christmas Revels
Megan Henderson and her fine band of singers and instrumentalists whisk us back to Renaissance Venice for Christmas festivities. Alongside the work of Venetian-born composers, there's music y musicians who visited or settled in the city. Various types of early guitar are joined by a host of wind and brass instruments to make for some lovely sounds and textures. The Revels Children's Chorus sings with an abandon, fervor and infectious enthusiasm that brings a smile to our faces.
Solo tracks: 8, 12, 13, 14, 21
Order your copy here 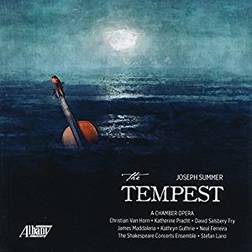 Joseph Summer's The Shakespeare Concerts
The Tempest by Joseph Summer
Composer Joseph Summer, who has been fascinated with Shakespeare for most of his life, has composed The Tempest, using a libretto written by his daughter, Eve Summer. Summer is founder and executive director of The Shakespeare Concerts, which presents recitals and recordings of music inspired by the immortal bard. Summer comments that “Everything that Shakespeare limned in The Tempest is about the life of my family, in fine detail. It’s not as if incidents of The Tempest make brief appearances, or indeed, happen only once. The plot elements embrace us repeatedly.”
Solo track: 8
Order your copy here 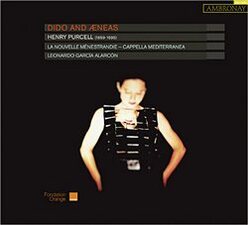