Talents of the World 2019 Review: International Voice Competition Grand Finals
"After Ryman was mezzo-soprano Sophie Michaux, whose first number was “Fra il Padre e fra l’amante” from Rossini’s “La Donna del lago.” Her bright vocality and demeanor made itself clear as Michaux launched into the ornamented lines with fun energy. These strong and joyful tones carried through her plunges into her lower register, able to rise back up to a powerful height. Her second number, “Give him this orchid” from Britten’s “The Rape of Lucretia,” made for a stunning contrast thanks to the dire musical atmosphere and Michaux’s grave interpretation."
Logan Martell, Opera Wire
See more here
Talents of the World
"Sophie Michaux performed "Fra il Padre e fra l'amante" from Rossini's La Donna del lago so engagingly that we wanted to hear the entire opera. We always love Rossini's fioriturafireworks and she negotiated them well. There was also plenty of strength in the lower register. "Give him this orchid" from Britten's The Rape of Lucretia was sung with clarity of diction and limned the shame of a woman betrayed."
Voce di Meche
See more here
Visiting the Sun King's Appartements
"Ceres, the Roman goddess of agriculture, sung by Sophie Michaux, a mezzo of astonishing range and flexibility, reported that the return of the Sun has caused flowers and grain to grow."
Virginia Newes, The Boston Musical Intelligencer
See more here
A Far Cry and Lorelei: Double the Pleasure
"Carolyn Shaw’s setting of  I’ll Fly Away, arranged for the evening’s forces  by Karl Doty, featured mezzos Sophie Michaux and Emily Morvash, and soprano Katherine Growden, whose pure and polished voices and magnificently evoked the down-home singing of the southern Appalachians without the least hint of pandering or parody."
Steven Ledbetter, The Boston Musical Intelligencer
See more here

A handsome ‘Christmas Revels’ brings the party to Venice
"Highlights — really too many to mention — include Nathaniel Cox’s cornetto adaptation of an air by Emilio de’ Cavalieri, the Calabrian tuna-fishing song led by the ageless David Coffin, the searing harmonies of the carols from Corsica and Croatia, and the powerful singing of Lysander Jaffe, Gideon Crevoshay, and a vivacious Sophie Michaux."
Jeffrey Gantz, The Boston Globe
See more here​ 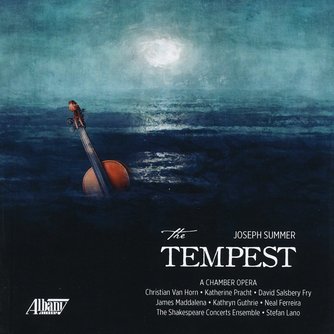 Joseph Summer's The Tempest
​
"Best of all is an extended trio scene for the spirits Iris, Juno and Ceres, showering blessings on the bride and groom...Iris is a coloratura soprano, with wild swoop up to highEs and Fs, brilliantly rendered by the dazzling Jessica Lennick, who also blends superbly with the warm and colorful Sophie Michaux and resplendent soprano Andrea Chenoweth in opulent three part harmony."

Boston Opera Collaborative's To Hell and Back

"Mezzo-soprano Sophie Michaux’s voice is a study in color. As her tone shifted from a mother’s quiet encouragement to a simmering internal rage, Michaux’s expressive quality and variety is remarkable...The award for most impactful moment goes to what I call, “the garden destruction scene.” Following “Anne’s Lament” aria, Michaux wreaked havoc on the scene, slapping water out of the bird bath (there should have been “splash zone” signs in the first row), overturning a chair, knocking over and pouring the dirt out of a large flower pot leaving the newly-planted sprouts helpless on the ground. Not satisfied, an obsessed Anne grabs a wet clump of green leaves and violently squeezes it as if she had her own son’s heart in her hand. As a result, the strong, sweet scent of basil fills the air. The pleasing smell stands in stark contrast with the destruction and helps reveal the complexity of Anne’s conflict. I must compliment Stage Director Greg Smucker’s choice; this production truly utilized all senses."
Brian Calhoon, Arts Impulse
​See more here

"Sophie Michaux deftly captured Higuchi’s reclusive personality and penetrating intelligence, but didn’t shy away from expressing the writer’s anger when she discovers that Nakarai had betrayed her trust. After she finds success, Higuchi eventually strikes out on her own, and Michaux’s portrayal only grew more self-assured. Michaux sang the role with a silky soprano voice, her tone a flute-like blend with the instrumental ensemble."
Aaron Keebaugh , Boston Classical Review
See more here

"Mezzo soprano Sophie Michaux, in the title role, was a clear highlight of the evening—originally conceived for an alto castrato, the role of Rinaldo is scored for a treacherously wide range. Michaux is as thrilling in her upper register as when she dips into a strange and wonderful baritone territory."
Sudeep Agarwala, Boston Musical Intelligencer
To view the whole article: click here

"Sophie Michaux as Rinaldo had probably the cleanest and most stylistically cogent singing of the evening. Hers is not the most ample mezzo, but its fluency was astonishing, particularly in “Venti, turbini, prestate le vostri ali,” delivered at a breakneck speed."
Angelo Mao, Boston Classical Review
To view the whole article: click here

"Michaux elevated her performance through abundant charm and emotional vitality, moving effortlessly between the levity of a mischievous, infatuated boy and the gravity of a remorseful warrior forced to question the morality of his deeds.(...) Michaux’s rendition of “Cara sposa, amante cara” in this scene was achingly poignant. Shoulders rounded in pain, Michaux slowly set aside her armor and weapons, laying herself bare both physically and emotionally."
Lien E. Le, The Harvard Crimson
To view the whole article: click here

"Perhaps the most stylish singing of the night came from mezzo-soprano Sophie Michaux and Steven Myles... Michaux's Mrs. Soames is as vivacious in life as she is enervated in death, and the transformation in Michaux's performance was chilling."
Angelo Mao, Boston Classical Review
To read the whole article: click here


"The scene-stealing Mrs. Soames (Sophie Michaux) is an all together different onstage animal than the rest of the female cast."
Basil Considine, Boston Musical intelligencer
To read the whole article, click here. 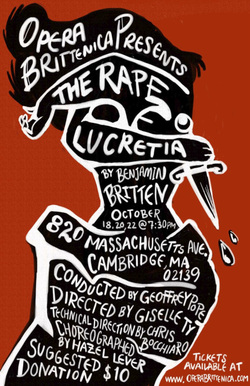 Opera Brittenica's production of The Rape of Lucretia

"The singing was especially luminous. Mezzo soprano Sophie Michaux’s velvety soprano captured the full emotional range of the opera’s title character. Her singing gave the character angelic presence in the first Act (Her costume of white dress and golden wings solidified the image). With anguished tones, she captured Lucretia’s madness and shame in the gut-wrenching aftermath of her rape. She crawled about the stage whimpering and quivering, her singing never losing focus and power. "
Aaron Keebaugh, Boston Classical Review

"Michaux’s Lucretia... sang with the dark plush voice of a mezzo. She carried herself with a commanding elegance appropriate to Rome’s most chaste citizen."
Joshep E. Morgan, Boston Musical Intelligencer

Lorelei Ensemble's Part and Parcel
"Another highlight of this unusual concert arrived when Michaux accompanied herself on the accordion in a deeply affecting interpretation of a Yiddish song, “Oy, Avram!”"
Susan Miron, Boston Musical Intelligencer
See more here